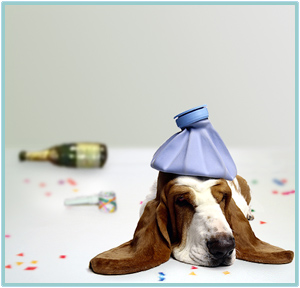 There are tons of hangover cures on the market today. Whether those hangover cures actually work though has yet to be determined. For every actual remedy for a hangover, there are two hangover myths. So here are the top hangover myths that you most likely have heard of to take care of your morning after blues.

1.       Aspirin or ibuprofen while you drink can help with the headache.

THAT IS A HUGE HANGOVER MYTH.

The truth is that aspirin while you drink or after a hangover should be an absolute no-no. Aspirin increases acid in your hurting stomach and does absolutely nothing to get rid of the alcohol in your body. In fact this statement is so mythological because the contrary is true. Aspirin actually increases the blood alcohol levels by about 25% if you take it before drinking. Ibuprofen is also not recommended as a hangover cure because it can cause damage to your liver when it’s mixed with copious amounts of alcoholic beverages.

The truth behind the hangover myth is that red wine can in fact leave you with more of a hangover than vodka. It has something to do with congeners that are in alcohol. Congeners are toxic and when you drink these get strewn all though out your body. Dark colored drinks such as brandy, whiskey, and.  . .you guessed it! Red wine has more congeners than clear alcohol such as vodka and white wine.

THIS IS A CLASSIC HANGOVER MYTH

You have followed this hangover myth for ages were guessing. The truth behind this hangover myth though is that nothing about the chemistry of drinks interacting with each other makes you sick the next day. How this came about is probably a story about someone whose reluctance to drink the harder stuff disappeared after drinking a few beers.

You are probably surprised by this one. Drinking water the morning after definitely will help with your hangover the next day but it is actually much more important and helpful if you’re drinking water with your alcoholic beverages. If you don’t drink water while drinking alcohol your body will use the water where it’s needed due to the alcohol dehydrating you and you won’t ever really get hydrated to the point of feeling better.

HANGOVER MYTH AND WERE NOT SURPRISED.

This hangover myth has long since its conception become folklore. The claim is that if you drink more alcohol in the morning it will cure your hangover. All drinking more alcohol will do is delay the hangover; it won’t get rid of it all together. More alcoholic drinks just boost the body’s existing toxicity levels.

If you think you are drinking to get rid of stress or fall asleep easily you have thought wrong. If the amount of alcohol in your blood is high the brain won’t ever go into REM (rapid eye movement) stage of sleep, which is the actual relaxed state. Ultimately, you sleep all night and often all day to beat your headache without giving your mind and body the actual rest you really needed and wanted.

There are tons more hangover myths out there and many people use them on a weekly basis. The truth is if you just get some rest, drink some Gatorade, eat some healthy food, and relax you are going to be fine. Don’t listen to the hype of the hangover myths, usually they are just quick, very unhealthy, thoughtless ways to put off a hangover or make it worse.

One thought on “Hangover Myths” 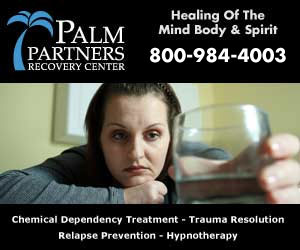